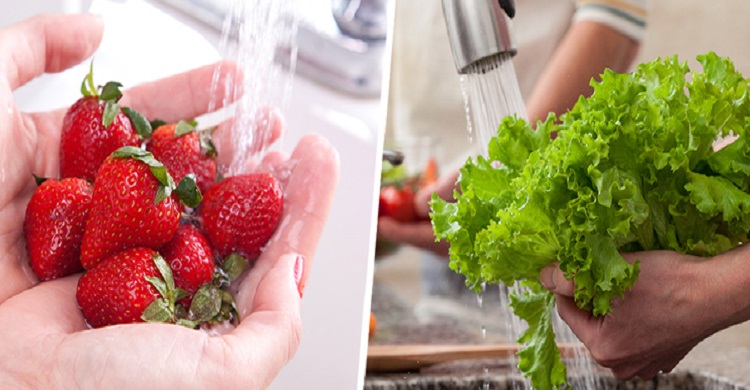 Federal health officials estimate that nearly 48 million people are sickened by food contaminated with harmful germs each year, and some of the causes might surprise you.

Although most people know animal products must be handled carefully to prevent illness, produce, too, can be the culprit in outbreaks of foodborne illness. In recent years, the United States has had several large outbreaks of illness caused by contaminated fruits and vegetables—including spinach, cantaloupe, tomatoes, and lettuce.

Glenda Lewis, an expert on foodborne illness with the Food and Drug Administration, says fresh produce can become contaminated in many ways. During the growing phase, produce may be contaminated by animals, harmful substances in the soil or water, and poor hygiene among workers. After produce is harvested, it passes through many hands, increasing the contamination risk. Contamination can even occur after the produce has been purchased, during food preparation, or through inadequate storage.

If possible, FDA says to choose produce that isn’t bruised or damaged, and make sure that pre-cut items—such as bags of lettuce or watermelon slices—are either refrigerated or on ice both in the store and at home. In addition, follow these recommendations:

Lewis says consumers should store perishable produce in the refrigerator at or below 40 degrees.