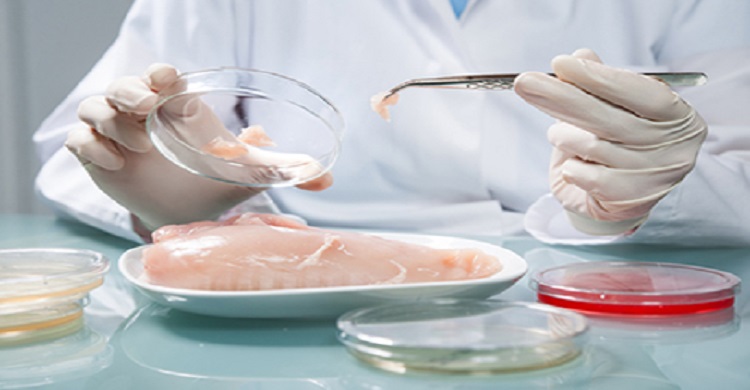 Researchers reported yesterday that a specific strain of E. coli found in 80 percent of the retail poultry and pork they tested matches the strain found in patients with urinary tract infections. Routine testing at poultry farms, however, does not screen for that strain.

The year-long longitudinal study involved testing chicken, turkey and pork purchased from every major grocery chain in Flagstaff, AZ. The research team also tested E. coli isolates from urine and blood samples collected from patients at Flagstaff Medical Center, which the research report describes as the only major hospital in Flagstaff.

“The team found E. coli in nearly 80 percent of the 2,452 (poultry and pork) meat samples and in 72 percent of the positive urine and blood cultures from patients,” according to the research report published Tuesday in the American Society for Microbiology’s open access journal mBio.

“E. coli ST131 was the most common type infecting people and was also present on the meat samples.”

By studying the genomes of the ST131 serotype on the poultry, the research team led by Lance B. Price of George Washington University, found almost all of the samples were ST131-H22. The same poultry-adapted strain was also found to be causing UTIs in people.

“We are now working to measure what proportion of UTIs (urinary tract infections) might be caused by foodborne E. coli by looking at all E. coli strains, not only ST131. This is not an easy question to answer but an extremely important one,” said Price, who is director of the Antibiotic Resistance Action Center at the George Washington University Milken Institute.

The E. coli ST131 strain is invasive and easily travels from the lower urinary tract to the bladder, kidneys and bloodstream, according to the research report. It kills thousands of people in the U.S. each year.

Price said previous research suggested that retail meat was not a source of E. coli ST13. The new data suggests those studies may have been too narrowly focused. The first author on the research paper said the virulance of the bacterium in chicken and turkey is of concern.

“This particular E. coli strain appears capable of thriving in poultry and causing disease in people,” wrote Dr. Cindy Liu, chief medical officer at Antibiotic Resistance Action Center. “Poultry products could be an important vehicle for bacteria that can cause diseases other than diarrhea.”