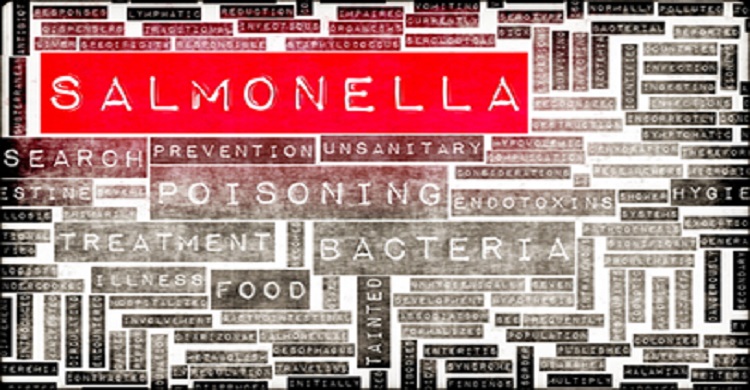 A cellular recycling process can help combat Salmonella, according to researchers at the University of Warwick.

This process, called autophagy, could also prevent other bacteria such as Mycobacterium tuberculosis, Shigella, and Staphylococcus from developing. The analysis of the complex molecular interactions between bacteria and human cells provides clues as to what makes bacteria successful invaders.

Scientists from the School of Life Sciences, the University of Warwick in the United Kingdom studied how autophagy can get rid of bacteria and prevent diseases developing. They looked at how the process has evolved to combat pathogens and how pathogens have adapted to fight back.

The study was funded by the Biotechnology and Biological Sciences Research Council and published in Autophagy journal.

Researchers led by Dr. Ioannis Nezis from the University of Warwick and Dr. Tamas Korscmaros from Earlham Institute and Quadram Institute screened the proteome from 56 pathogenic bacterial species – including Salmonella, Shigella, Listeria, and Staphylococcus to see how autophagy reacts with them.

On detecting an infection, the immune response triggers the release of different molecules and signals that drive encapsulation of the invasive microbe and eventual destruction. However, some bacteria have evolved to evade or block autophagy. Pathogens including Salmonella, Shigella, and Helicobacter have developed ways of subverting or hijacking the process to aid their survival and infection strategies.

Impaired autophagy is implicated in a number of inflammatory conditions and increased vulnerability to infections.

“Our systems-level analysis has highlighted the complex interplay between host autophagy and bacteria to inspire future experimental studies to elucidate the detailed molecular mechanisms of autophagy in the pathogenesis of bacterial infections. Using activators of autophagy with antibiotics, as antibiotic resistance breakers, would be a very promising way to fight bacterial infections.”

Scientists found that different host autophagy proteins were probably targeting different sets of bacterial proteins from each pathogen. This suggests autophagy has evolved to combat specific threats from different bacterial pathogens by targeting processes important to the bacteria’s invasion strategy.

Looking at which bacterial proteins could potentially modulate autophagy showed different types of bacteria were acting against different phases in the process. The analysis indicated Bacillus bacteria tended to act against the early phases. A specific protein from Salmonella targets multiple autophagy proteins to leave them, while this pathogenic protein is also a prominent autophagy target for degradation.

Future research can look at identifying natural products that boost autophagy and decrease the likelihood of developing infections as well as treating them.

Dr. Korcsmáros said: “Our systems-level analysis has highlighted the complex interplay between host autophagy and bacteria and we hope that this will inspire future experiments to unpick exactly how autophagy protects against pathogen invasion and importantly could give us new targets to block pathogens that can overcome it.”